Last week, Germany challenged Google to do the ultimate in transparency: reveal exactly how it ranks websites or be banished from the internet forever.

Okay, that’s not exactly what happened. But Germany’s Justice Minister Heiko Maas did say in an interview with Financial Times that Google should reveal its search algorithm for the sake of competition and consumer protection.

This isn’t the first battle Google has fought overseas. The search engine giant has already been put to the test in Europe with the “right to be forgotten” law, which allows private individuals to demand Google delist pages about them. Thousands of requests later, Google may have to shell out $6 billion in fines to the EU. But that’s another matter altogether. For now, let’s focus on Google’s big secret and this bold request.

As expected, Google did not immediately throw up a new Google+ posting with the secret formula revealed. Instead, Google responded by processing billions of search results and effectively ignoring Maas.

This comes as no surprise to anyone familiar with the internet. Google has clearly stated in the past that it won’t reveal its algorithm for two primary reasons:

After the interview went live, the world responded with two basic reactions (and thousands of articles about it):

Currently, Google owns 68% of the search market share in the U.S., 90% in Europe, and 93% in Germany. Does that constitute a monopoly? By definition, no. Google clearly isn’t the only option available when it comes to searching online. But things aren’t necessarily that simple. A business can behave like a monopoly even if it isn’t technically one.

While some say this is just an issue of transparency, it’s really about power. There’s a reason no one is going after Bing’s or DuckDuckGo’s algorithms. Google controls so much of the market share that companies are living and dying by the search engine. Of course, any company with a halfway decent marketing plan knows better than to rely solely on one source for its business.

Should Google Reveal the Algorithm?

There are many reasons why we might jump on Google’s case:

As fun as it is to play victim and hate on the big guy, there’s no denying that Google is where it is today because it provides a valuable service. And it does it without charging us money (I won’t go as far as to say we get it for free).

Like other companies, Google should be entitled to trade secrets. Let’s take a look at the Coke analogy:

This is a tricky one. As many self-appointed internet geniuses have pointed out, Coke’s formula can be determined by chemists. Thus far, it has proven impossible to crack Google’s algorithm. Be that as it may, it doesn’t mean that Google’s algorithm can’t be cracked. However, this shouldn’t matter. The complexity of a business’s formula in no way determines whether or not it should be public knowledge. Furthermore, other search engines use algorithms that function pretty similar to Google’s. In other words, making something that tastes like Coke isn’t that much different from making a search engine that looks like Google. Getting people to use it, now that’s the tricky part.

Trade secrets aside, there is a bigger reason why Google shouldn’t reveal its algorithm. Let’s imagine for a moment they did make it public. Here’s what happens:

Maybe that’s not exactly what will happen, but it’s at least in the ballpark.

When it comes down to it, we already know how Google ranks sites, just like we already know how Coke makes its beverages. We may not have the exact methodology down, but we do know this: When we search for something on Google, we’re probably going to find what we’re looking for without too much trouble.

Wait. That’s not all we know. Google may not share its exact formula, but it is pretty transparent when it comes to telling websites what they shouldn’t do. If we follow Google’s guidelines and provide quality content and great user experience, then we generally will be okay.

As long as Google keeps delivering a great product, then we will keep using it. The public revelation of Google’s algorithm won’t help anyone in the long run. Google, you can keep your secrets.

How to Add Editable Areas to Exported MailChimp Templates
next Post 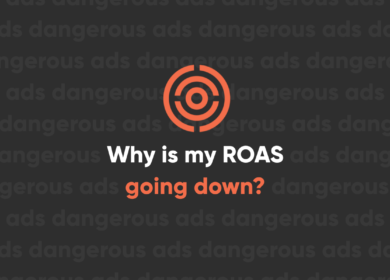 Why Is My Return On Ad Spend (ROAS) Going Down?