Redstone Grill is an elegant restaurant that serves upscale American cuisine. What began as a local restaurant has expanded into other areas of the country. As they grew, they needed a website that would appeal to hungry, high-end suburban restaurant patrons.

The original site Perrill designed and developed for Redstone was a big hit and brought customers in record numbers. But just as Redstone’s menu changes over time, their website was ready for an update. When Redstone needed a website redesign, they once again came to Perrill for a site that would match their fresh style and tastes.

Perrill’s web design team rose to the challenge and gave Redstone Grill a look that made potential customers’ mouths water. This time around, Perrill created a responsive website that made people hungry on every device.

Redstone’s website features a sleek design that showcases the magnificent style, architecture, and class of their restaurants. With a plethora of features like reservation integration, gift card services, galleries, and menus, the new responsive website designed by Perrill continues to fill Redstone’s tables and satisfy many appetites. 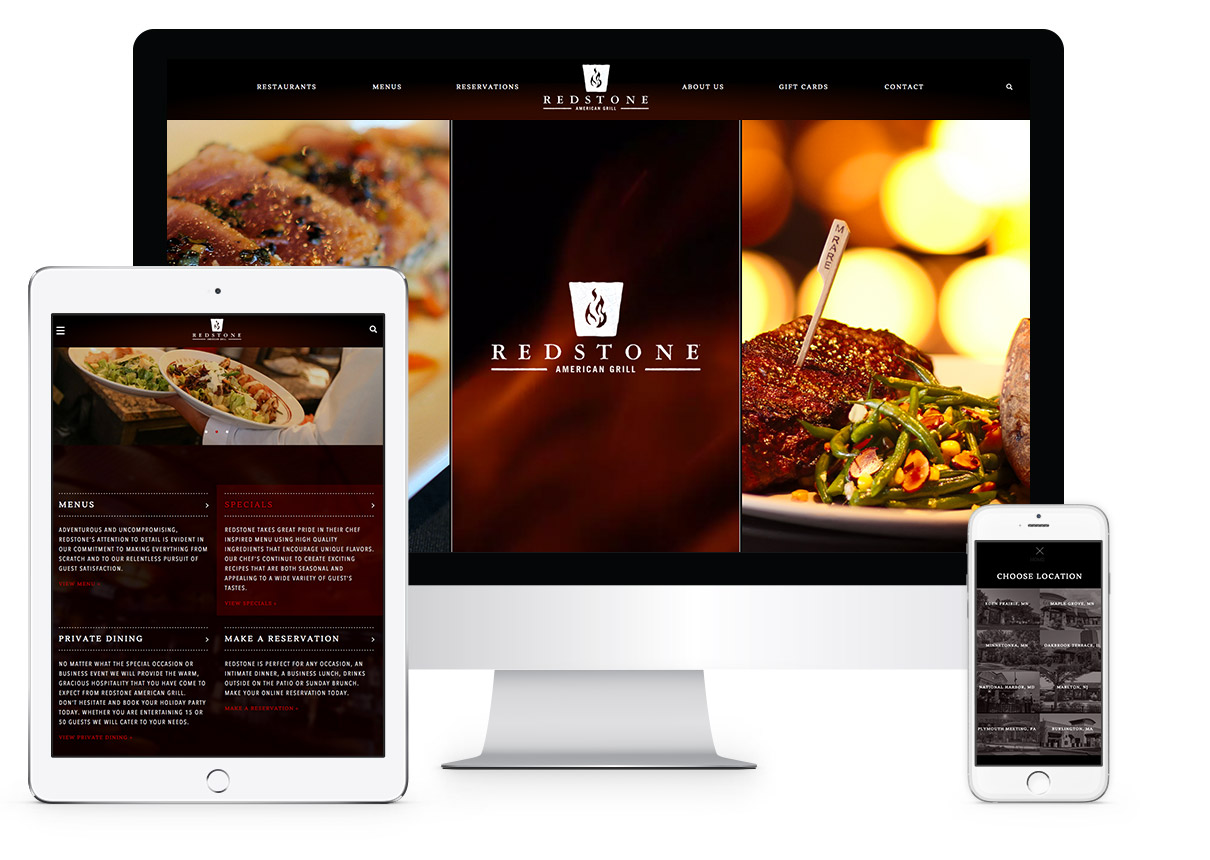 This site uses functional cookies and external scripts to improve your experience.

NOTE: These settings will only apply to the browser and device you are currently using.

Our site uses cookies. By continuing to browse this site or clicking the accept cookies button or closing this alert box you are accepting our use of cookies.