At Perrill, we have our foot on the gas and we’re headed in the right direction. This year has been one of positive change and steady growth. We have further developed our team’s expertise, refined our internal culture, and added to our capabilities to provide our clients with the highest level of service in the Twin Cities and beyond. We’ve even undergone a name change and rebrand to better align with our future vision and to showcase the extreme pride our founder and owner Jay Perrill has in this company.

As this growth accelerated throughout the earlier parts of this year, an obvious need revealed itself to our team: a newer, larger, and more high-tech office space. This need came to fruition with a move during the spring. Throughout the summer months, we spent long and countless hours turning our new space into an HQ we simply couldn’t wait to showcase to the public.

That opportunity finally manifested itself on Thursday, October 10th, when more than 150 attendees made up of Perrill staff, family members, clientele, local officials, and many other amazing people gathered for an open house to celebrate this progression and what it means for everyone involved. Here’s what went down. 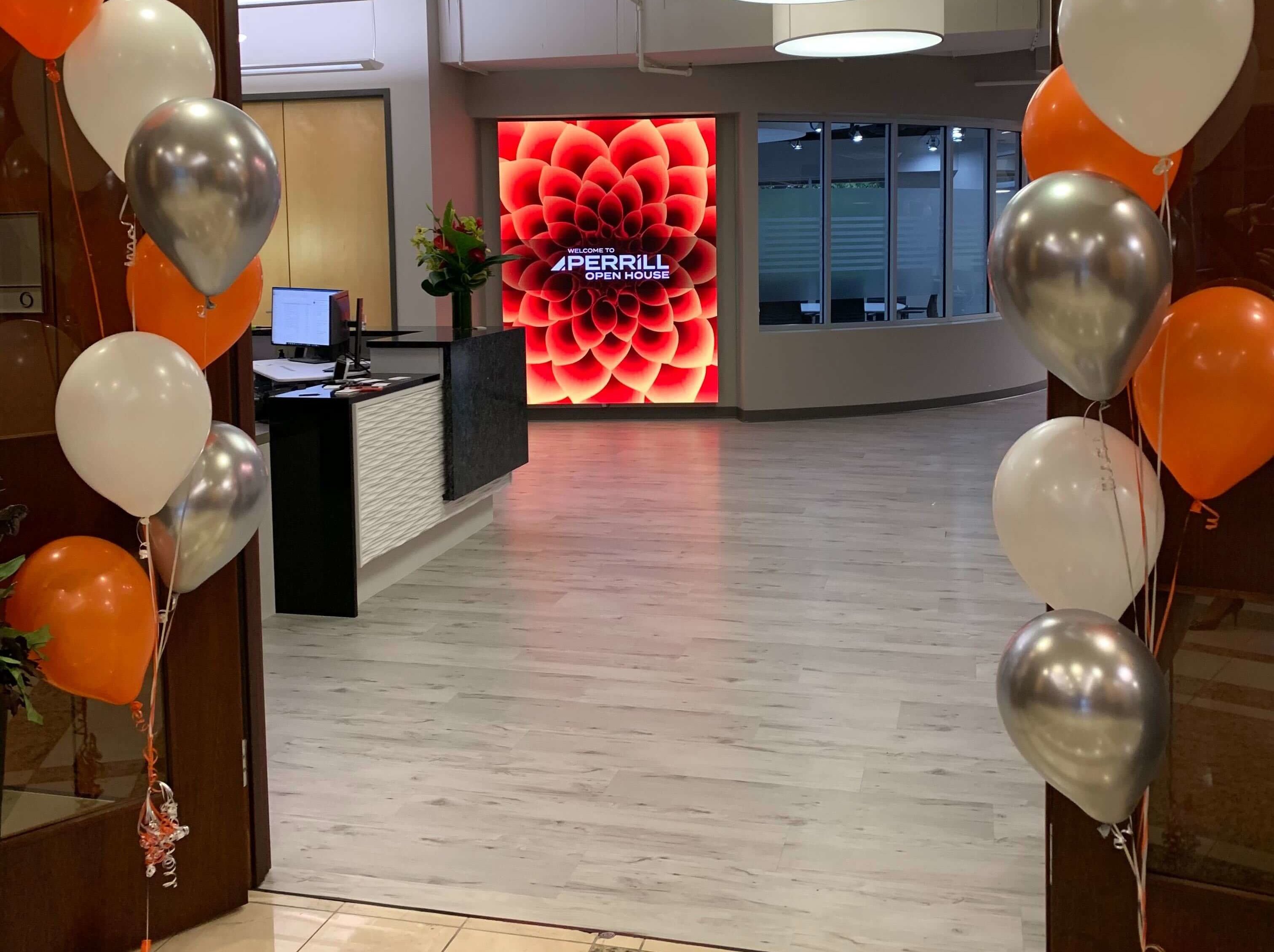 To celebrate the official unveiling of the new space, a ribbon-cutting ceremony was led by former Minnetonka mayor and current Hennepin County District 6 Commissioner Jan Callison. Perrill was flattered and humbled by the amazing turnout and community support throughout the evening, to say the least.

In addition to Commissioner Callison, members from the TwinWest and Minnesota Chambers of Commerce were also in attendance, along with our official sponsor for the evening, Cory Miller of the Ackerberg Group.

An incredible spread of hors d’oeuvres from D’Amico made for a delicious evening that was capped off by custom-made cake pops with the new Perrill logo prepared by Mandi Ellingson. With so much great food, there wasn’t a hungry stomach in the crowd by the end of the evening.

Attendees also had the chance to enter to win one of three grand prize giveaways – an Apple Watch, iPad, or AirPods – via a custom entry platform designed and developed by the Perrill team. The web-based application allowed guests to register in seconds from their mobile devices.

Attendees squared off on Mario Kart via Perrill’s HD four-monitor display throughout the evening. This timeless game has yet to get old – and we don’t see that happening any time soon (especially when it’s played on mega HD screens).

We’d like to extend a special thank you to Commissioner Callison, Cory Miller, the Chamber members in attendance, D’Amico catering, Mandi Ellingson, and our vendor partners for the evening – Arts & Flowers and the Corner Balloon Shoppe. We also saw a surprise appearance by Grant Anderla, the Director of Hospitality for U.S. Representative Dean Phillips.

With over 150 people in attendance, it’s hard to recognize everyone in a single recap post. We enjoyed meeting many new faces and rubbing elbows with some of the smartest and most successful people in Minnesota.

Everything we do at Perrill is a team effort, but there were two very special team members who pulled this all together. A huge shout-out to our very own Gigi Carlson-Rillo and Kate Gustafson for their incredible planning and coordination to make this event a smashing success. 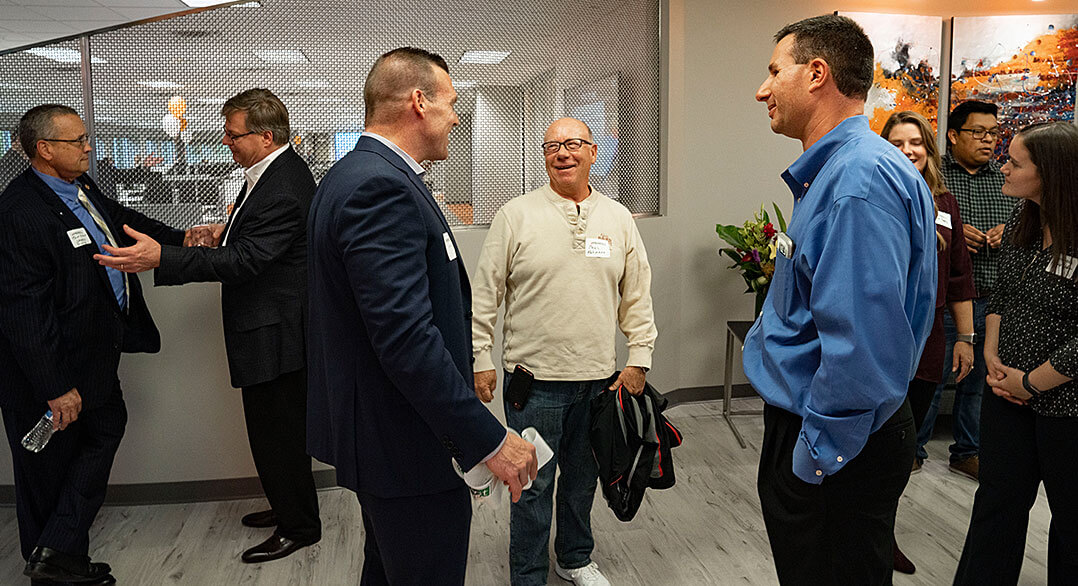 This event meant a lot to our team as it allowed us to showcase not only the incredible space we’ve grown into but also the elite culture we’ve cultivated, particularly over the last six-plus months. We’ve expended a lot of time and effort putting talented people who enjoy working together in a position to succeed, and that impact is only going to continue to be seen throughout our work and client engagement.

This was a big milestone for Perrill, and one we’ll be building on moving forward. If you weren’t able to attend, we hope you’ll stop by the office soon to take in the new space and meet the team. Our shared success is entirely about people – our people helping your people. Back to work.

Blogging isn’t dead in 2020—it has merely reached adulthood