Was There a Google Algorithm Update Today?

Yes, there probably was.

With between 1500 and 1800 updates to the Google search algorithm every year, you can almost always count on one. Some of them are big. Some of them even have names. Others never get confirmed. No matter what the case, Google is always updating its algorithm.

But does it really matter?

Most Google updates shouldn’t affect you at all—unless you’re employing some shady SEO tactics. If you are, you need to stop right away and implement an SEO strategy that won’t hurt you in the long run. But enough about strategy. Let’s talk about that update.

If you’re reading this, you probably suspect there was an update today. Forget about the date on this post. It’s universal for every date because there’s always an update.

Whatever brought you here, let’s talk about that potential update and what it might mean for you.

How To Tell If There Was a Google Update

The Big G doesn’t typically announce updates. With over 500 per year, can you blame them? Google’s Twitter feed would be nothing but, “Just tweaked the algorithm again.” Those updates would become completely meaningless. And they usually are.

It’s very rare for Google to announce an algorithm update ahead of time. Think Mobilegeddon, Interstitial, and real-time Penguin. It’s slightly less rare for Google to acknowledge an update after the fact. Most often, Google either denies or remains silent when questioned about an update.

Figuring out if there’s actually a meaningful update isn’t easy, but there are some tools out there to help. You can look at Mozcast to see the amount of “turbulence in the Google algorithm”: 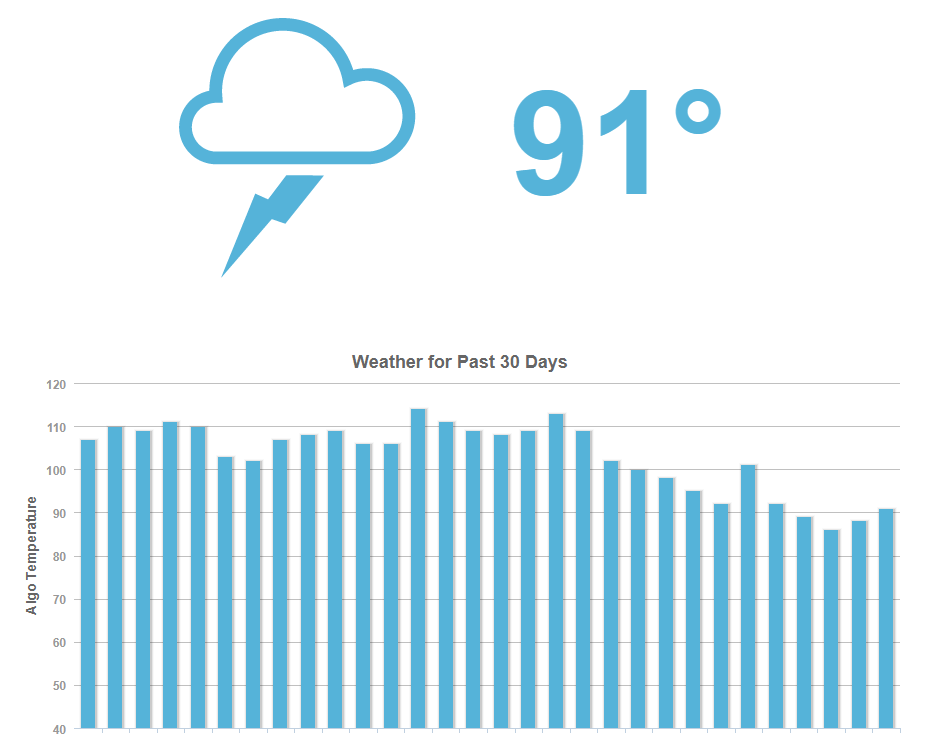 As you can clearly see, there’s turbulence every day. In simple terms, this is referring to how much the Google rankings are changing on a daily basis. But when the temperature is over 80 degrees every day, does it really mean anything other than the rankings are always changing?

There are plenty of other tools that claim to measure the fluctuations in Google rankings, like Accuranker, RankRanger, SERP Metrics, and more. If you really wanted, you could spend some time every single day analyzing the amount of fluctuation in the SERPs. Heck, you could spend all your time doing that. But all you’re really going to gain from that is this:

So who really cares?

How To Tell If A Google Update Affected You

There are really only two reasons you should care about a Google update:

Let’s start from the bottom. Most updates won’t affect SEO strategy. Good search engine optimization is mostly immune to updates, even the big ones. If you’re following Google’s guidelines today, you aren’t going to be knocked out of the search rankings tomorrow. Big changes in the algorithm typically target spam (spammy links, thin content) or employ internet best practices (mobile, HTTPS). When Google wants you to make a big change like going mobile-friendly or implementing SSL, they tell you about it well in advance.

So how can you tell if a Google update actually affected your website? In most cases, you should focus on your traffic more than your rankings. Yes, where you rank in the SERPs is important, but it’s also highly dependent on the exact search query, the searcher’s location, the searcher’s browsing history, and more things you’ll never be able to control. Spending your time Googling all your favorite keywords to see where you stack up in a live search after a supposed Google update is a huge waste of time. And you don’t want to put too much stock in rank tracking software—unless you see a huge drop in your visibility percentage.

Your traffic is the more meaningful metric to watch. Think of a tree falling in a forest. If your rankings drop but your organic traffic stays the same, did your rankings really drop? Or, more accurately, were you really affected by a Google update if you’re getting the same amount of Google traffic?

On the other hand, if you do notice a big drop in your organic search traffic, then something is obviously amiss. But it isn’t necessarily a Google algorithm update. Maybe you accidentally NOINDEXED your website. Or maybe your tracking code somehow got deleted from a bunch of pages. Or maybe it’s a seasonal thing and people just aren’t searching for your services right now. You should always look for the possible reasons behind a traffic change before instantly crying about Google updates.

What To Do Next

Let’s say you really were impacted by a Google update. Now you have to figure out why. What did you do wrong? Start with your content and any link building strategies you’ve employed (although with real-time Penguin, links aren’t likely to hurt you anymore). Maybe you didn’t do anything wrong. Maybe your competition is just doing it that much better than you and they deserve to be ahead of you. Either way, it’s time to adjust your strategy, not time to curse Google’s name.

If you weren’t affected by a Google update, then conventional wisdom would tell you to keep doing what you’re doing. You know, if it ain’t broke… But that isn’t necessarily very wise. After all, things change pretty rapidly on the old interwebs. There’s always room for improvement on your SEO strategy.

Whether you were impacted by an update or not, you need to make sure you’re doing two things:

So was there a Google update today? Probably. Is it going to have a big impact on your website? Probably not. Regardless, knowing what’s going on and having a sound strategy in place is going to help keep you in a good position in those search results.